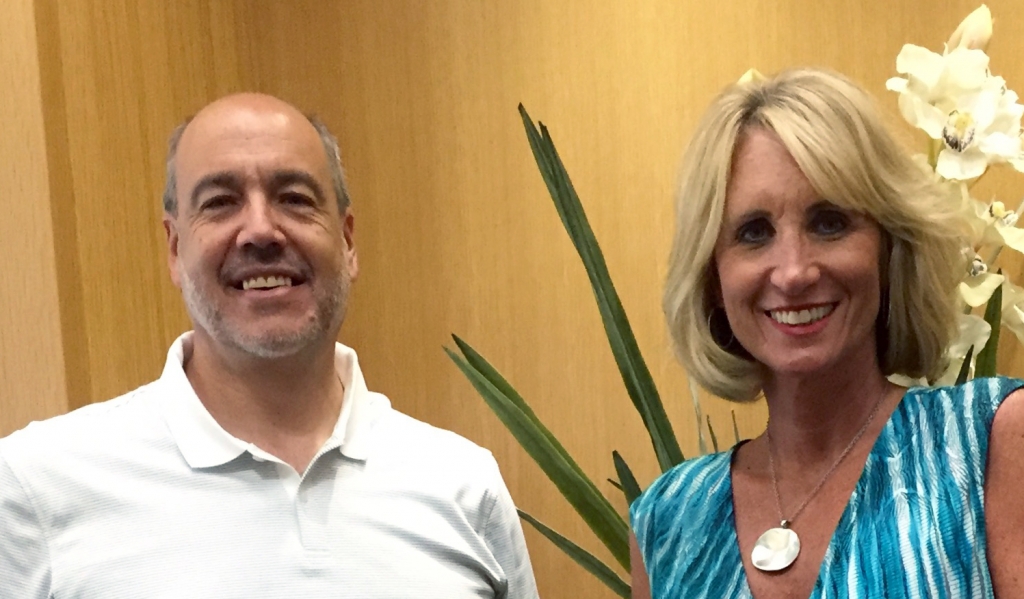 Keith Rattay has worked for the city of Mission Viejo for 21 years. He started in 1995 as a consultant for 10 years before coming on board. As a landscape architect, he did a lot of Mission Viejo’s original parks and streetscapes.

The city itself is 50 years old, a mature community where people love the lushness found throughout its streets. There is 1200 acres of landscape that Keith oversees, with 800 acres of it irrigated with reclaimed water and the other 400 left in its native habitat.

The landscape is as beautiful as it is because of Keith’s view of the big picture for Mission Viejo. His vision hs kept the city a wonderful place to live and work. But the big picture that was envisioned manifested due to his intense focus into details that makes the city what it is, a beautiful place to be.

As a very visionary person he had no problem designing plants and their containers to aesthetically flow from outside to the indoors, something Plantscapers does everyday as an interior plantscaping company. Keith knows that aesthetics doesn’t stop at the doors outside of a structure. It continues to flow inside and brings the attributes of nature within the indoor space for better living. All over you can see his works grace both indoors and outdoors of the surrounding community centers.

For Keith, keeping to the aesthetics and continuity of the city is part of his firm belief that everything you do matters. Paying close attention to details makes every project come together. From big picture to details, Keith keeps the city standards high and it shows.

Right now Keith is changing the city, little by little. The changes are improvements that keep the city up-to-date. He says the trick of the whole thing is really managing the aesthetics. Right now they are working on a vision plan for the civic court area, hoping to inspire some redevelopment from Oso Parkway to La Paz. Though technically it is currently the civic center area, it doesn’t quite feel that way. So Keith and his team are gathering their resources to make it feel that way.

One of the unique things that Mission Viejo has in their small downtown area that consists of a library and city hall, is Oso Creek. Oso Creek runs north south and literally splits the city in half. Along the creek is a 51/2 mile hiking and biking trail called Oso Creek Trail which they are currently looking to expand. It’s a great place to walk the dogs. There is actual water running though it and the creek itself is not lined with concrete. It gets about a 1000 people a day visiting it. The whole project was constructed over a 15 year period utilizing volunteer labor. Each year about 300,000 plants were installed in the valley, the landscape which Keith designed.

As the assistant city manager Keith manages all the assets for the city. And that includes the animal services center which is now going through the exciting process of expanding their services to two more cities. It will be the largest shelter, besides the county, by the first of next year.

Keith always knew what he wanted to do when he grew up. He went to college to become a landscape architect because he loves both art and nature. And as a landscape architect he gets to be around both. It has been his passion all these years. And Mission Viejo is very lucky to be the beneficiary of his passionate embrace that creates beautiful spaces for the city’s community.

Plantscapers is happy to have worked with city of Mission Viejo for many years in maintaining their interior plants at:

It has been a joy to work with Keith as he has high expectations just as Plantscapers. We thrive when working with clients that have our same ethics and standards.

Thanks for the opportunity Mission Viejo!