Cornucopia and its Greek Origins 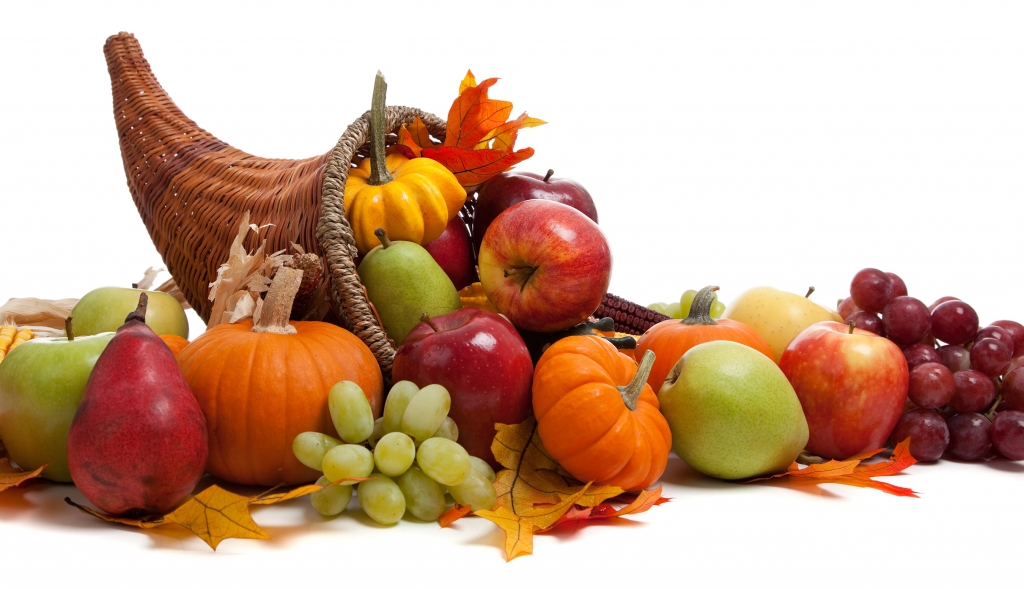 The idea of a horn overflowing with fruits and vegetables from the fall harvest can be found in Greek mythology and in the many statues that show one god or another holding a cornucopia filled with riches.

In classical antiquity, the horn of plenty or cornucopia symbolized abundance and nourishment. Its origins began with the story of the birth and nourishment of baby Zeus (the sky and thunder god of the Greeks) who was hidden from his devouring father Kronus in a cave on Mount Ida on the island of Crete. One of his attendants was a goat named Almathea which means “nourishing goddess.” She fed him her milk and kept him strong and nourished. But one day, this future king of the gods was playing with Almathea and accidentally broke off one of her horns with his super strength. But Zeus also has unusual abilities and the broken-off horn was was touched with divine power that provided never-ending nourishment.

Another Greek myth tells the tale of Heracles (Roman Hercules) who vested his strength against the horned river god Achelous and pulled off one of his horns, giving creation to the cornucopia. The cornucopia was also associated with several Greek and Roman gods that depicted harvest, prosperity or spiritual abundance. Some of these deities were personifications of Earth with names of Gaia or Terra; or such as the child Plutus, the god of riches and son of the grain goddess, Demeter. Even Hades, the god of the underworld gave to mortals agriculture, mineral and spiritual wealth and in art was often depicted holding a cornucopia.

21st century humanity has carried over the symbolism of a horn of plenty associated with the Fall harvest and the abundance of food, ready to nourish humanity through the cold short days of winter months. The large horn-shaped container overflowing with fruits and vegetables is a well-known presence in autumn décor. Cornucopias are made from all types of materials such as metal, wood, ceramics, stone and, most commonly, wicker for baskets. And may contain fruits, vegetables, nuts, grains and breads, or leaves, flowers or even cattail.

The cornucopia is also associated with Thanksgiving and the bountiful traditional feast that is offered in gratitude at the dinner table, with many families throughout the United States coming together for celebration. The word has some interest facts:

A little bit of cornucopia knowledge is always fun to banter across a dinner table filled with a Thanksgiving feast.