A Simple Thing as Plants 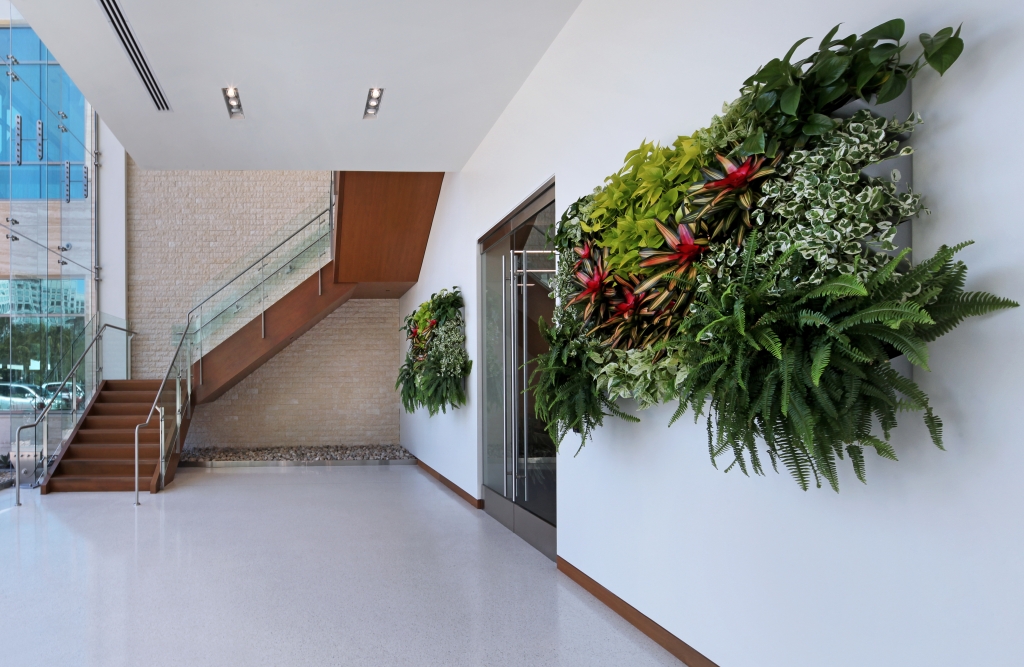 In a 2013/2014 Gallup annual work and education survey, the average U.S. worker put in 47 hours a week which equals approximately 30% of time that was spent away from home working. But nearly 4 in 10 people said they actually worked at least 50 hours a week which of course means more time away from home. It seems the average 40 hour work week has long become a myth. Companies in turn are becoming more proactive with providing positive work environments for the companies’ financial success through employee satisfaction.

The importance of keeping employees happy at work is documented through studies that show how workers can be more productive, healthier and creative through better environments. The idea well-being plays a part in a company’s culture is evident in many tech companies bid to keep employees happy. Tech companies such as Google, Facebook and Twitter offer many amenities to their corporate workers in order to give their company a competitive edge with a more productive workforce.

As a company that brings plants to companies for the very reason of promoting a better work space, it’s exciting for Plantscapers to see plans for Amazon’s new corporate headquarters to be built in Seattle, Washington. The location, besides spaces for working, will include a five-story, futuristic looking tri-domed structure to hold over 3,000 species of plants. The dome itself is meant to visually resemble a greenhouse or conservatory with foliage selected specifically to co-exist in a microclimate acclimated for both people and plants.

The proposal is geared to enhance nature on the site where workplace and nature can interact. The goals, according to the proposal, are to create an alternative environment so “employees can work and socialize in a more natural, park-like setting.”  It states “the generative idea is that a plant-rich environment has many positive qualities that are not often found in a typical office setting.”

Many studies have verified the positive qualities of plants in environments. The effects of biophilia, the interaction of nature and people, are well-documented in a paper titled, “14 Patterns of Biophilic Design” posted at Green Plants for Green Buildings website.

Another peer-reviewed research study done in 2014 by Nieuwenhuis, Knight, Postmes, and Haslam cited the importance of plants for employees’ well-being in an office environment. It directly compared the benefits of two modern approaches to contemporary office design, lean and enrichment. The lean philosophy, a popular approach to office space management, believes a clean, obstruction-free-work-surface provides a more productive operations. Lean spaces are devoid of plants, pictures, souvenirs, and anything not directly related to the job. Unfortunately there is no data that support these ideas.

Enriching the environment on the other hand, especially with plants, has shown employees are happier and more productive. The 2014 study shows how office landscaping strategies that involved transforming a lean office into a green one contributed to increasing employee welfare and productivity. In other words, the simple act of placing plants in employee surroundings is an important part of ensuring a company’s success. Another  graphic posted on GPGB contributed by Human Spaces states “Workers in office environments with natural elements such as greenery and sunlight report a 15% higher level of well-being; are 6% more productive; and are 15% more creative.

Featured image above: Workers in an office environment with plants increased their productivity by 12% according to a 1996 Washington State University study.