Baby, Can You Dig It! 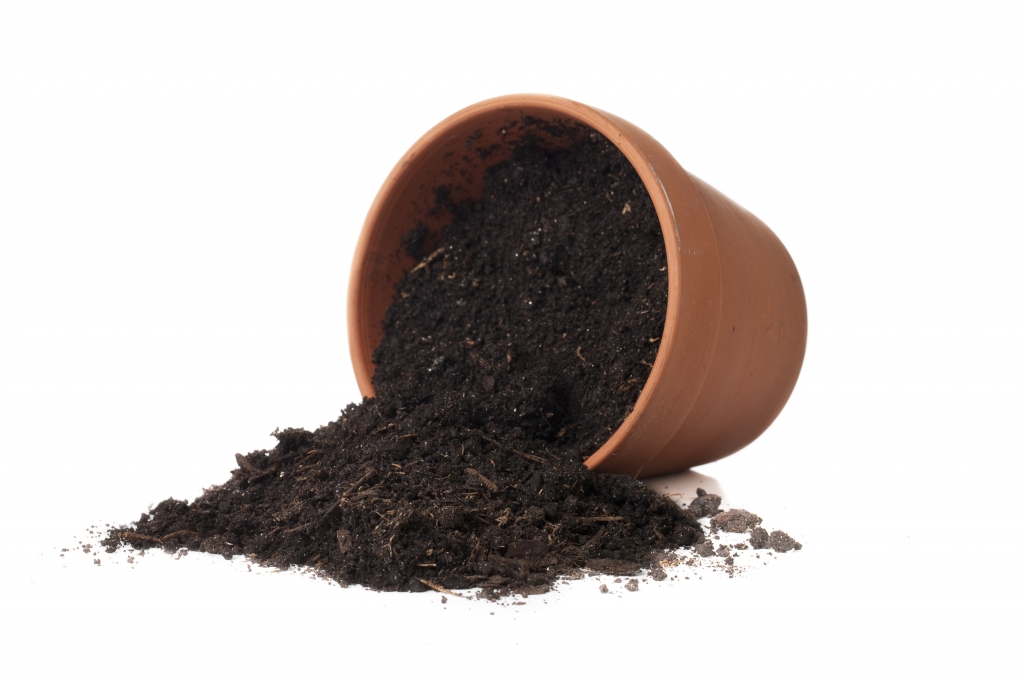 Stick your hands in some good deep rich brown potting soil and feel the soft mixture sift through your fingers. The earthy smell triggers a deep connection to nature that reminds us we are made of bits of earth through the miracle of a plant’s root system pulling up nutrients into green leaves. 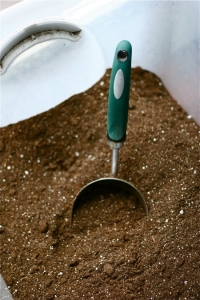 But what about the underworld of a potted plant’s life? For many people, potting soil holds no mystical qualities to it and is simply, well, dirt. Yet good potting soil has very little dirt (ground soil) in its mix and almost always is the most important key to happy, healthy plants.

Good potting soil has a number of qualities to it. Good aeration, drainage, and weed and pest free through a sterilization process is what you need for a plant’s health. Though the ingredients found in store-bought soil mixes vary, peat moss harvested from bogs then dried and/or composted pine bark is usually what makes up the organic matter. Inorganic matter such as sand, vermiculite or perlite are also ingredients found in the mix. Ground limestone is sometimes used to help balance the pH of the soil.

It’s interesting to note that perlite are the little white balls that look like Styrofoam sitting in the soil mix, but are really heat-puffed volcanic glass. And vermiculite is a natural occurring mineral that is commercially expanded by heat which makes the mineral fall off in flakes to form a lightweight material to aerate the soil and help retain moisture. 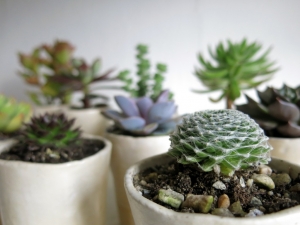 Seek out a premium potting soil that includes the perlite or vermiculate and for easy maintenance, a slow-release fertilizer added to the mix. Certain plants such as African violets, orchids, cactus or roses need plant-specific potting soil to keep them happy and healthier.

Wondering whether organic is worth its weight? Organic soil is always a better choice because it assures there is no fertilizer made from sewage sludge called biosolids or compost made from pesticide-riddled plants.