Jazz Up the Home with a ZZ Plant 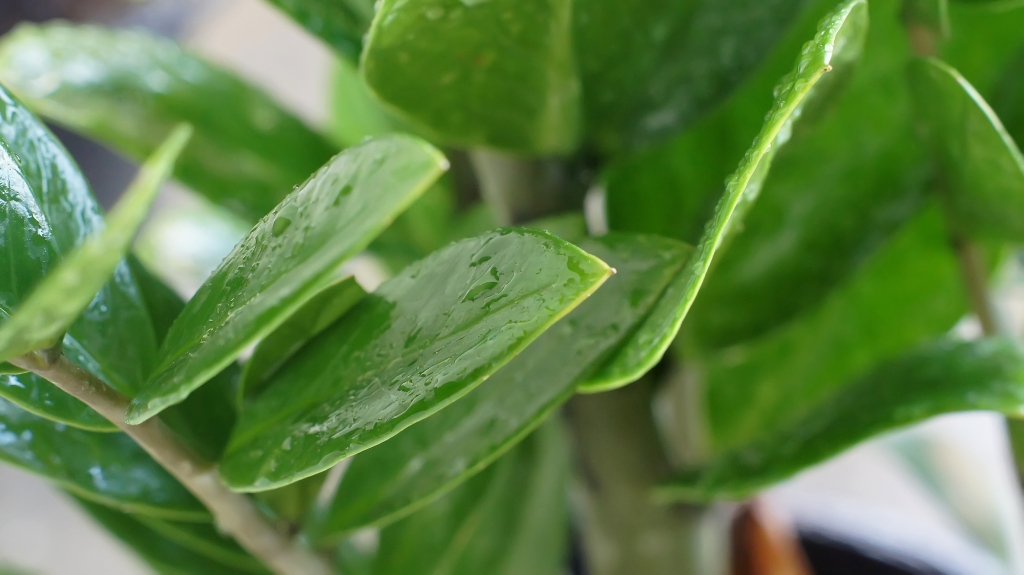 Jazz up the home with a ZZ plant. And its ability to adapt to challenging growing conditions makes it a very popular houseplant. Beautiful glossy dark-green leaflets spike up in wand-like formation from its rhizomes in the soil and give the plant a graceful sculpted look for any decor. It ranges in height from 17.5 to 23.5 inches tall. It’s official name is Zamioculcas zamiifolia, or better known with the abbreviation ZZ.

The plant is a tropical perennial plant native to east Africa, all the way from Kenya to northeastern South Africa. It was the Dutch nurseries who propagated the plant for wide-scale commercial use back in 1996.

EASY TO MAINTAIN
Along with its wonderful look and color, the ZZ plant is an easy maintenance plant. It can survive periods of drought, meaning vacation travelers don’t have to worry coming home and finding it brown and dead. The ZZ likes to be watered every week or two. Most importantly don’t let the roots sit in water or it will rot. Make sure the water drains thoroughly out of the bottom of the container. Water when soil feels dry at the drain hole; or when a stick inserted deeply into the pot comes out dry.

LOW LIGHT TOLERANT
ZZ plant’s are very low light tolerant, better than most plants. but prefer bright indirect lighting for best growth. Though brighter light makes it grow faster, it can even tolerate small amounts of fluorescent lighting a day. Leaving the ZZ in direct sunlight can burn the leaves. Curling leaves, yellowing and leaning can mean too much light as well.

BEST SOIL
For the best type soil, use fast draining, well-aerated potting soil. The plant does very well without feeding. But you can give them 1/2 strength of indoor plant fertilizer one to two times a year only during the summer months to keep the plant in optimum health.

BETTER AIR FOR INDOORS
ZZ’s have air purifying abilities, sweeping up volatile organic compounds such as benzene, toluene, ethylbenzene and xylene from indoor environments according to a study done at the Department of Plant and Environmental Science at the University of Copenhagen.

SAFE
ZZ plants’s are a safe plant despite being part of the Philodendron family which contains calcium oxalate crystals in the plant that can irritate various sensitive skin parts. The belief that it is an extremely poisonous plant is just not true. And no, it doesn’t cause cancer. Actually it is used medicinally in Africa in the Mulanje District of Malawe and the East Usambara mountains in Tanzania to treat earaches with its juice. A poultice is also used to treat an inflammatory condition known as mshipa. And the roots are used to treat ulceration.