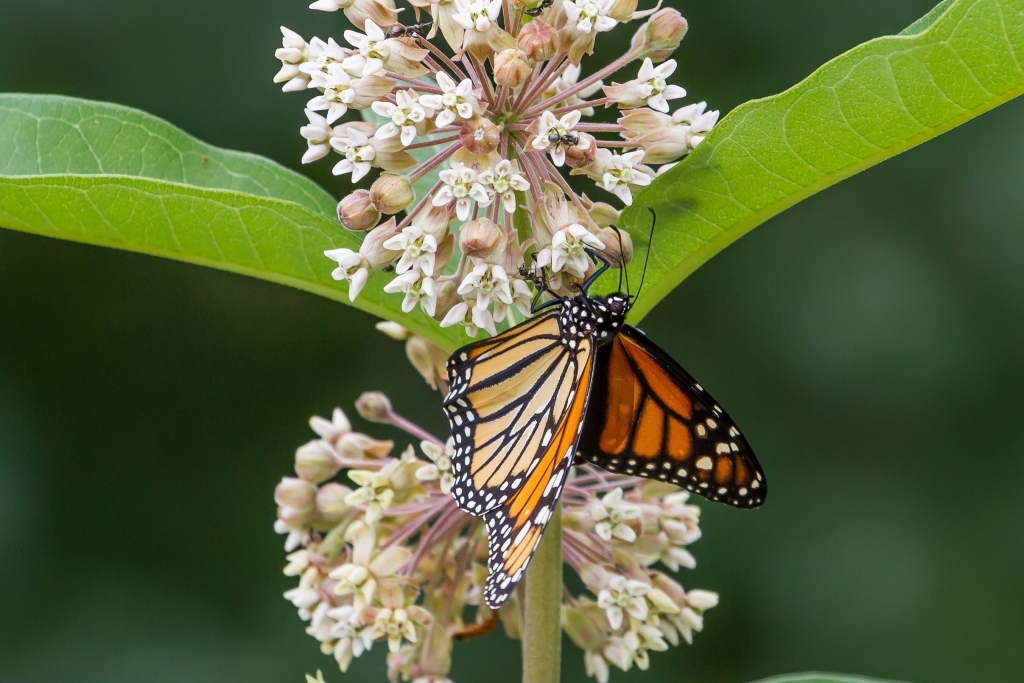 Southern California pollinator plants bring summer fun. It’s time to plant flowers that bring pollinators to the gardens with gorgeous blooms. Native flowering plants keep the garden alive with all types of butterflies, birds and bees so important to our Southern California native ecosystem. The flowers also provide lively colors and lovely fragrance to the home when cut and arranged in containers indoors.

It doesn’t require ripping out the entire garden and planting new. Adding several native plants around the front or backyard among the existing landscaping goes far in improving the land we live on. Check out the five native plants that bring both beauty, wildlife and sensational fragrances outdoors to your home. Some, like the California Poppy and Common Sunflower look sensational in the home as part of a flowering bouquet for the indoors to complement other foliage in the home.

Everyone loves butterflies. Gracefully bouncing through the air, skirting from flower to bush is the butterfly’s life after it emerges from its cocoon. The monarch is especially important since their numbers have declined due to many environmental reasons. Planting California native milkweed, Asclepias eriocarpa, gives the monarch butterfly the right alkaloid found in the plant that after they ingest makes them toxic and bitter tasting to predators. Alkaloids from the wrong milkweed can expose the butterflies to predation. Also, the wrong species of milkweed for our region might even be toxic to the butterfly. The flyway for monarchs in our region runs from Baja to Canada, so planting milkweed from Mexico proper or South American regions should be avoided  Asclepias eriocarpa is a perennial that grows to 3ft in height with 4 – 5 inch clusters of flowers. It tolerates clay soil, attracts birds too with silver foliage and pink flowers. This plant is a must for every garden in California.

Hummingbirds and other birds love the small violet flowers on this California native plant. And so do bumblebees. Trichostema lanatum is a three to four foot evergreen shrub covered with flowers in fuzzy spikes and narrow leaves. Both the flowers and leaves foliage have a sweet fragrance like freshly cut cedar with a bouquet of lavender. The way the birds and bees flock to it makes it a nice haven for pollinators. Spanish explorers called it romero or rosemary due to its similarity to Rosmarinus officinalis. Woolly Bluecurls does not like standing water or fertilizer. It does well in clay soil, but must drain well. In its native habitat, it grows on dry slopes in coastal chaparral regions.

Salvia clevelandii has showy flowers that attracts bees, butterflys and hummingbirds. It too is extremely fragrant and the foliage requires good drainage. It is a perennial plant that is native to Southern California and northern Baja. It grows up to 5 feet in height with fragrant ashy green leaves and purple flowers that bloom June through July. Cleveland Sage is a good plant to use as ground cover for large naturalized areas. Birds love to hide amongst the many tall spikey flower stems and the heady fragrance makes this a lovely plant for pollinators and people alike.

Helianthus annuus is common to the southwest and grow up to 10 feet tall. Native Americans used the plant 3,000 years ago. The flowerhead is actually made up of numerous small individual five-petaled floret called disk flowers and the outer flower petals are called ray flowers. The disk flowers spiral around, with each floret oriented toward the next in the golden angle of 137.5° that makes a pattern of Fibonacci numbers, a mathematical integer sequence found frequently in nature. The beautiful yellow flower heads attract predatory insects that prey on aphids. Butterflies like to eat the nectar. And bumble-bees as well as many types of bees gather pollen. And when the flower is spent, birds love to huddle around and eat the delicious seeds. The common sunflower is easy to grow by seeds and tolerates clay soils found in Southern California coastal regions.

To bring the beauty and sunny disposition of these flowers indoors, select sunflowers for cutting when the petals begin to open but before they unfurl off the face completely. Cut the flowers in the morning and place in a bucket with hot water to help prevent wilting. Then set the bucket in a bright, but cool location for 24 hours so the stems can drink up as much water as possible. Before arranging the sunflowers in a vase, while stems are still submerged in bucket, cut ½” off the stem at an angle and place in vase filled with cool water and if desired, a packet of preservatives. Then replace the water and preservative in the vase every one to two days to extend the life of the flowers.

The gorgeous orange beauty is happily visited by many pollinators. Their fern-like foliage and bright orange, red or yellow flower is 4” to 12” tall and dots the landscape with lively color from early summer to early fall. Eschscholzia californica was first noted by Dr. Johann Friederich Eschscholtz on a Russian expedition in 1815 to the West Coast. It was officially named the state flower of California on December 12, 1890. Poppies like rich, fast-draining soil. A shovel or two of organic compost will help it produce more blooms so it doesn’t require too much fertilizer. After blooming, remove the spent flower to extend the flowering season. Leave a couple of faded blooms on the plant to reseed for next season.

Yes, you can have poppies in a vase and enjoy them for a few days indoors. To prevent early wilting due to the milky substance that oozes out of the stem when it is cut, follow these simple guidelines.

Collect the poppies early in the morning. Select healthy ones where the bud hasn’t opened yet. With clean, sharp scissors, cut the stem just above the dirt. Singe the cut briefly with a match until the end is almost black. Remove the outer green calyx from the base of the petals to help it last longer indoors. Place the poppies in a vase half filled with filtered water.